Ian Duncans answer to the tax man was the Duncan Drone which, according to Ian Duncan, was born in Park Hall one evening over some excellent whisky with Healeys James Watt. The idea was to build a skimpy body on a Healey chassis which would sell for a shade under 1,000, and so avoid the high level of tax of course, at this price the passenger seat, windscreen and spare wheel were all extras!

The first car appeared three weeks later, finished in a bright yellow and nicknamed the Spiv. Powered by a 2.4 litre engine it was capable of 116 mph. In April 1948 Gordon Wilkins tested the car for The Autocar magazine and wrote:getting into the Spiv, as it first emerged, was rather like putting on a tin sarong and the luggage space was slight there was just room for a pair of pyjamas provided that you wore them under your coat! Wilkins also drove the Spiv in the BoNess Hill Climb in September 1947 and it came first in its class.

There were, in all, about 15 Duncan Drones built over the twelve month period and, in at least three cases, more expensive coach work was fitted soon after purchase an ingenious way round the purchase tax laws. 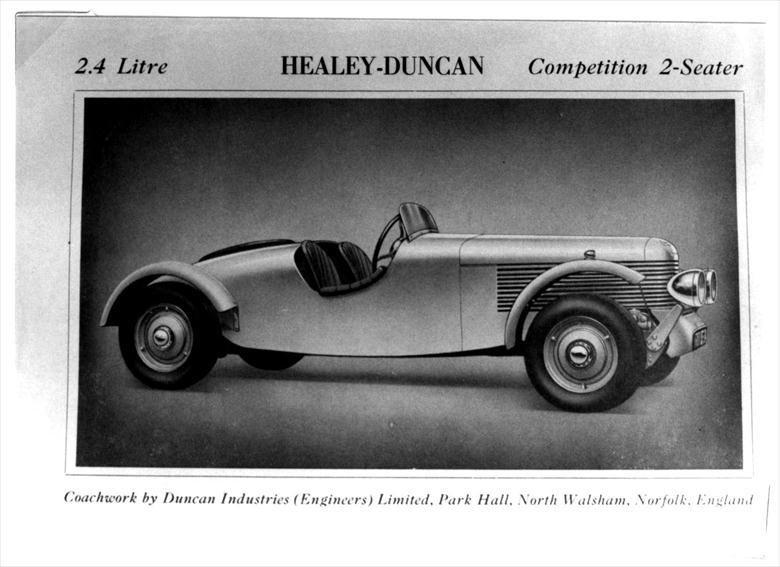 This archive item has been viewed 3292 time(s). 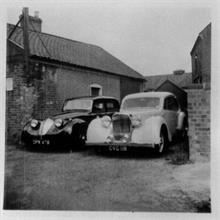 Duncan Industries (Engineers) Ltd. Park Hall, New Road, North Walsham. The first Duncan-Alvis with the one and only Duncan-Minx on the left 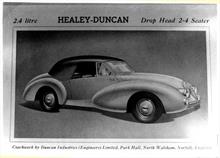