I was born at Lyngate farm Bacton road in 1933. Our neighbours in one of two farm cottages were Mr & Mrs Lee tenant farmers. Lyngate House the original farmhouse was occupied by F R Bell and family, Solicitor. At the age of five we moved to Brunswick Bungalow nearer Bacton road when it became available, property of the Wooll family of Brunswick House situated lower down Bacton road incorporating land from the loke to the right Hamlet House looking North, to Bluebell pit (now Pond) I then started school at Manor road infants. Recall teachers Misses Spelman and Bowman Victorian types wearing black and lace collars, Miss England and Mrs Ryder. Mother took me to a mattinee at Regal Cinema to see The Wizard of Oz with a supporting Westem all black and White of course. Later I joined the Cubs with the redoubtable Miss Gladys Smith as Old wolf “the cub gives in to the Old wolf the cub does not give in to himself’ Later I joined the Choir at St Nicholas‘ Church, Choir Master Mr Wright, School Master at Worstead . Was Confrmed there at the age of twelve. This recorded in the Parish Magazine copy of which I have donated to Heritage Centre .My playmates at Bacton road, Crow Road and Mundesley road included Tom and Mary Cutting of the Mundesley road stores (Mr Billy Cuttting and family) Others known to me include the Missses Wooll our landladies living in Brunswick House now requisitioned together with paddock on Bacton road by the Military, the Davison family on Mundesley road Freddy and Tony, George Hedge and Freddy proprietors of the garage on Mundesley road, later Billy Pank, Motorway Tyres and Griffin. My father’s relations, Aunt Marion living in Elsinor, bungalow on Mundesley road next door to Frank Thurling RAF Association Member, his Mother, Sister and brother Florrie and Ted at No.1 Lyngate road then sometimes called Harvey Lane. Later I had friends from school who visited including Raymond Hewitt. I had a friend, Peter Fenton, who lived with his aunt and uncle on Bacton road and later was at Paston School a year above me. Just after the war I had two more friends, Tom Newnham, who was at Woodene School Overstrand with John Newland who lived on Crow Road. We used to play ball games on the Paddock previously an Army Camp part of Brunswick House property. Also Roller Skating in Crow road, nice and smooth and no traffic other than the occasional Army vehicle.

More about schooldays. Growing up, I used to walk by myself up Bacton Road past only two or three old gaslamp posts unused during blackout Plumbly & Gazes‘ yard with steam rollers and living vans, between fields on left, allotments on right up hill through Cemetaries to Randells’ foundry (generally known as such but in fact much more being Agricultural engineers and machinery dealers) past yard and buildings on left opposite formally Burrell & Craske, Carriers and Funeral vehicles on to Kimberley road on left then to Limetree road actually had these trees then. No pavements on any road yet but one on left behind trees to Hall lane turning left towards Manor road school. I believe now we entered school at front on Manor road. I describe this journey because it was my regular and only excursion in the town proper. I never went elsewhere unless shopping with mother, my recreation was solely near home including across fields to Little London and thence to marshes alongside canal possibly returning via Mundesley rd and Crow Road Another time I would go to my Grandmother’s in Lyngate road and over the railway bridge. My point in all this is to emphasise I was never a ‘town boy‘ thus have never been in either Dog Yard, Ship yard and old beer court.

1949 and 1950 were a time of change for me Leaving school in July 49 and getting job in the office and Randells’ St Nicholas Works on Bacton Road. Site now all Sainsbury’s. It was a totally different experience. Only job I ever had was a paper boy at Leeders (now Sams Pets) in the holiday possibly Easter. I did not take to that at all. 1950 was probably the happiest time. We had a little money and a bike. Bought this Raleigh from Curry’s I think about £15. Rode it to the Speedway once just to see if I could before and after had been with Mr Bernard Newnham and son Tom. A great interest in the sport existed then as I have said. We took the weekly Magazine also the Motorcycle (blue) and Motorcycling (green) After call up in April 1951 still a member of the Youth Centre Donald Watson sent me a Christmas Card. Kept in touch with Youth Centre by then with George Howard as part-time Warden when home on leave. By this time Ray Taylor, John Ellis and Ray Parrot had aquired transport, four of them had Corgis a Brockhouse product based on the folding type made to be dropped with Paratroopers during the war. Who remembers them? I remember four of them used to ride two abreast one pair behind the other. No safety helmets but a raincoat nearly touching the road. Happy days, never to return. 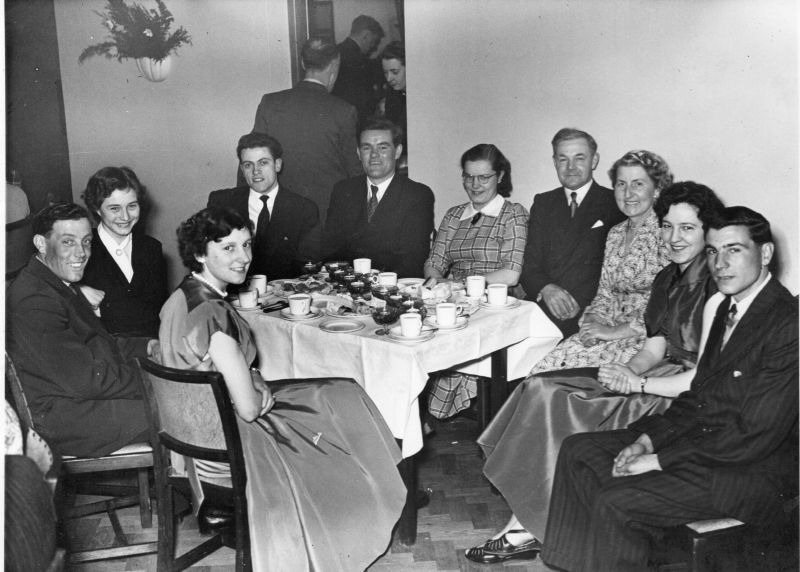 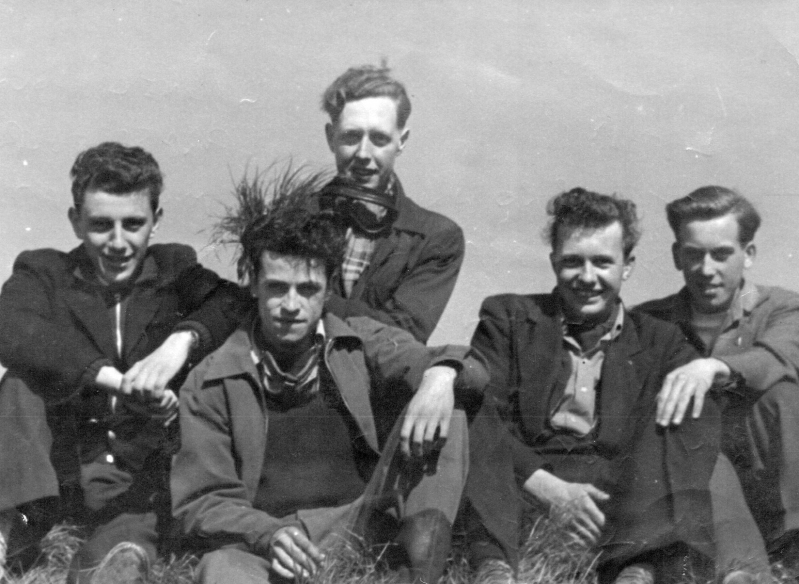 These all from memory which may be incorrect in some cases or incomplete. This may be of interest to families of the above Jessie Cousens was attempting something like this a few years ago I feel one of us pupils of should record this Sadly photos as a group would not have been taken.