A view of New Road in 1911 - North Walsham Photograph

A view of New Road in 1911 - North Walsham Photograph

New road, North Walsham
This photograph, taken by R.M.Ling (l) around 1911, shows five groups of cottages behind the children. The first three groups have been demolished to make way for the Thomas Dix Court and Park Court. The further two still exist as Nos 33-39 New Road.The road was built around 1795 by "Old" Captain Cooper (Thomas Cooper lll), who lived in The Oaks, to replace the original road to White Horse Common which ran uncomfortably close to the front of his house and, thus, allowed him to lay out his improved park. The original road ran from the top of Grammar School Road to the present Happisburgh Road near its junction with Spencer Avenue.Much of the south side of New Road, on the left of the picture, was bordered by a tall brick wall which was constructed by prisoners held from the Napoleonic War. The last parts of this wall were demolished in the early 1960s and the rubble used as part of the foundations of the Crane Fruehauf factory on Cromer Road. 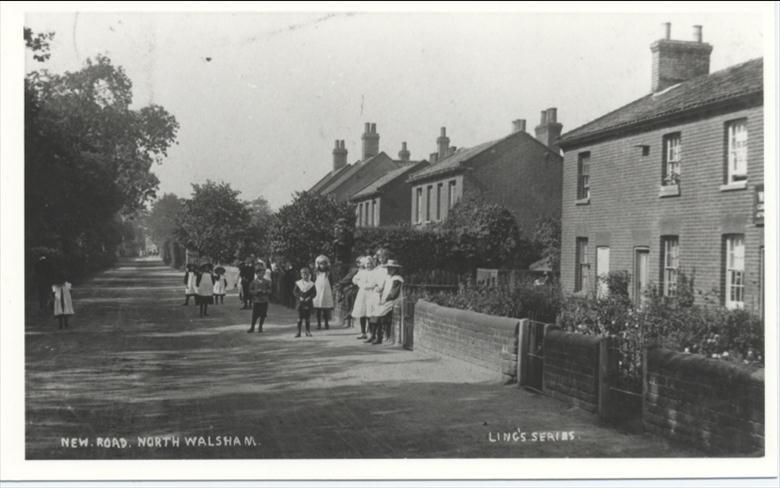 This archive item has been viewed 2817 time(s).

Dedication of the drinking fountain in North Walsham Market Place.