Sequel to Collision at North Walsham (1935)
At North Walsham County Court before Judge Rowlands, Henry Bertie Fielding of Pit Farm, Swanton Abbot, sued Cubitt & Walker Ltd., corn merchants and millers of North Walsham, for 100 damages arising out of a collision between a pony trap that he was driving, and a motor lorry, the property of the firm, on July 25th.
On Thursday, July 25th, a market day, at 1.5p.m., Mr Fielding was walking his pony down Bank Loke to Grammar School road, intending to turn right towards the Norwich Road. When he came to the junction of the Loke and Road, the corner was blind owing to a high hedge on the right.
The pony got to the centre of Grammar School Road and then, for the first time, Mr Fielding saw a motor lorry about 12 yards away and pulled the pony back and to the right at the same time.
The lorry went on and, in passing, caught the extreme end of the near-side shaft which snapped off. The lorry driver came back and said "Here is your shaft, it was a pure accident." Mr Fielding suffered five or six fractures to his left foot and, for six weeks, had to employ a boy for 10s. a week and 3 for the harvest.
Mr John Martin Sandall, of Ebridge Mills, said that he had driven motor vehicles for the last 15 years and no complaint had been made against his driving. He had just got into top gear at about 15m.p.h. when the cart came out of Bank Loke as he passed.
After some witnesses, His Honour, summing up, said that though the plaintiff had been guilty on some negligence, the driver should have seen him, hooted and stopped. He gave judgement for the plaintiff for 75 and costs. 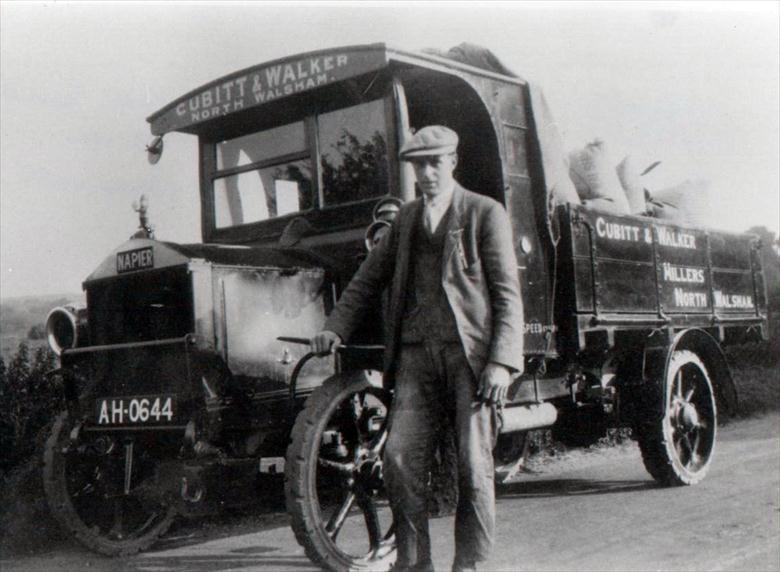 This archive item has been viewed 3150 time(s).