Last days of the Regal Cinema, New Road, North Walsham. Whilst still open, there is a "Sold" sign above the door.

The North Walsham Regal Cinema, affectionately known as "the flea-pit", opened on New Road on 7th September 1931 and was built specifically for 'talking pictures' for £3,000 by Thomas Gill and Sons. Designed in the Art Deco style, in keeping with the majority of cinemas of the time, by J. O. Bond who was responsible for such other theatres as the Haymarket and Thatched of Norwich.

The cinema's proprietor was Victor Harrison, V.E.H. Cinemas, Norwich, it boasted 585 seats (which increased to 602 by 1953) and showed films once nightly and twice on Saturdays. The twenties and thirties saw a massive growth in 'picture houses' as the country came out of the grip of the first world war and funds were available to make statements about a brighter future. Film itself had grown from the novelty 'shorts' of the silent movie era and the new "talkies" were thoroughly modern. The proscenium width was given as 30ft. The Egyptian style interior fibrous flaster decorations were created by Crotch & Son of Norwich with a ceiling in motifs of terracotta lotus flowers in orange, blue and green. Heating was installed by W. Freer & Sons. Heating was one of the major draws of the new "picture houses" across the nation at a time when houses didn't have central heating. This made cinemas an affordable luxury for most and the first film was suitable called “A Warm Corner” starring Leslie Henson. The Regal's patrons fondly remember stopping in at Tom Payne's sweet shop opposite on New Road to arm themselves with sweets and drinks where they could also securely leave their pushbikes or motorcycles for a small charge while they enjoyed themselves.

The opening of The Regal rung the death toll for North Walsham's existing cinema, the Picturedrome on King's Arms Street, which closed just one week later. The Picturedrome had serviced the town since 1912.

Like many of the cinemas of the time, The Regal was built quickly to cash in on the new entertainment boom, built to impress rather than built to last. The Regal was erected from greenfield to first performance in just 14 weeks. Most of the picture houses of the 30s and 40s were built with steel frames and concrete panels and were prone to rusting and cracking, the Regal was no exception and became quite an eyesore in it's later years. It closed on 19th August 1978 and it's final showing was the Walt Disney film "Swiss Family Robinson" starring John Mills. After its closure the Regal became a bingo hall for a short while and then later had most of it's lower facial converted to windows when it became the showroom for North Walsham Garage, Courtenay's and finally North Walsham Plant Hire. In 2018, after standing empty for some time, The Regal was demolished and subsequently redeveloped by McCarthy & Stone as a retirement housing complex named Louis Arthur Court after Prince Louis of Cambridge.

Ray Baker, a projectionist at the cinema for around 5 years, left this account on the Archive's Facebook page ....


I used to work 9am - 12, Monday to Friday.
Once a week
1 Dust the screen,
2 The projector lighting was carbon rod arc light, so another morning was spent cleaning the inside of the 2 projectors.
The never ending job was re-fixing loose seats to the floor.
Hands up everyone who used to rock the seats back & forth with their feet. (Including me before I started working there).
Then there was all the bingo stuff to put on the stage for Tuesday and Thursday nights, as well as changing the posters outside for the up coming films.
Then going back at 6.30pm to get ready to show the films at 7pm.
All for the princely sum of £5 a week.
When I started at North Walsham Garage next door, I just used to show the films & got paid £1.50p a night.
A couple of hours on a Sunday morning was taken up putting the coming weeks films on reels ready to show & canning the old ones to send back.
Didn't seem like work, more like a hobby.
It was very emotional on the last night. It was my last shift obviously on Saturday 19th August 1978. Ex projectionists, my stepbrother Tony Binks, Brian Stolworthy & David Temple came up to the projection room to do their bit for the final performance, bring the house lights up, close the curtains etc, but I turned the running projector off for the last time.
The other one I'd already got ready for a staff get together after the show.
We put trestle tables down near the screen with a buffet & plenty of drinks I fired up the other projector with a load of old, mostly black & white adverts, Walls & Lyons maid ice cream, Kia-ora, etc.
The only local ones I can remember were Mears Jewellers & North Walsham Garage, but there were several more.
This "party" went on for several hours and it was daylight by the time we left, most worse for drink lol.
Working at the garage next door it was heartbreaking to pop in and see the seats being removed, the screen, stage, etc. being torn down. Fond memories. 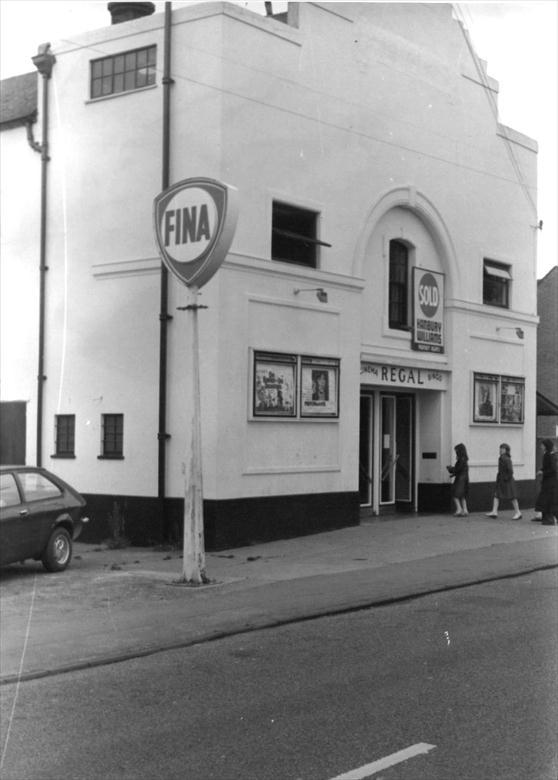 This archive item has been viewed 2961 time(s). 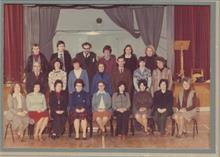 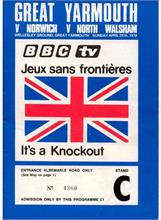