To the right of the cast iron town pump is The Cross Keys Hotel. Once part of The Oaks estate, it was already a public house in 1604 when Robert Watts received a licence to keep an ale house there. It had its heyday at the turn of the century when a cattle market thrived behind it. The decline and closure of the cattle market, built on its bowling green, led in turn to its closure in the 1970's. Its facade was substantially retained as the frontage to Woolworth's store from 1982 and hasn't changed since. Now QD Stores. 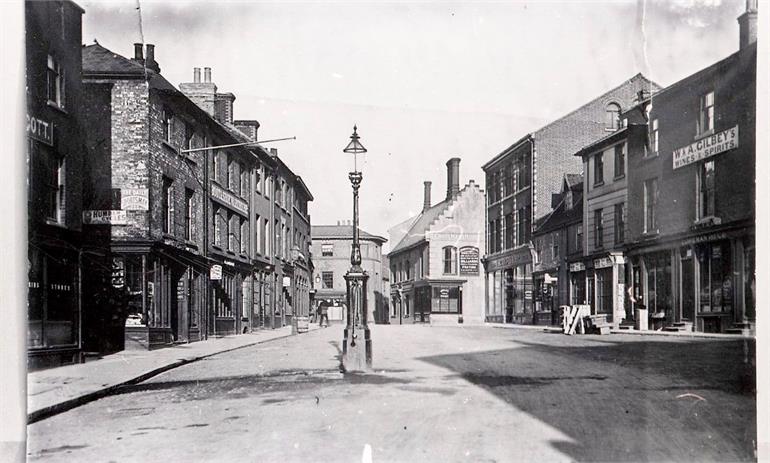 This archive item has been viewed 548 time(s). 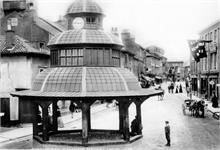