The North Walsham Picturedrome
The Picturedrome, in Kings Arms Street, North Walsham, was opened in 1912 by Henry Nixon who had leased the building from John Dixon. The lease included to proviso that John Dixon had free use of two seats for himself or his family at all performances. There was also a stipulation that the tenants would not let the Picturedrome for concerts, public meetings or dances so as to prejudice the letting of Park Hall, New Road, (also the property of John Dixon) without consent.

In 1890, Henry Perfect, then landlord of the Kings Arms Hotel, bought the site (then a garden beside Gregorys, Grocers) for 175. Regrettably, in March 1892, Mr Perfect was adjudged bankrupt and, in May that year, John Dixon was able to buy the site at the bargain price of 110.

The Picturedrome generated its own electricity, thanks to a "Gas Engine & Dynamo House" situated just ten feet behind the auditorium, and it was brilliantly lit both outside and inside. The business existed until a more modern cinema, "The Regal", opened on New Road on 7th. September, 1931 and the Picturedrome closed just one week later.

Most of the equipment remained on site for some time and the insurance cover of 1934 lists:- "gas engine with dynamo, Crossley engine and dynamo and a petter engine and dynamo" noting that "all the above are declared silentnotice to be given if used again."

In 1939, when war broke out, the building was taken over by the Army as the mess hall for "D" Company, 5th Battalion, Norfolk Regiment. Horace Seaman, who was Company Clerk , was one of a group who organised Friday night dances and there he met Gladys who he later married. Built as a cinema, the floor sloped and the dancers went down the right side and up the left. or else.

Since then it had several uses Mr & Mrs Bolas Dry Cleaners, Martins Second Hand Store, Eastern Carpets Warehouse. before being demolished to make way for a block of flats. 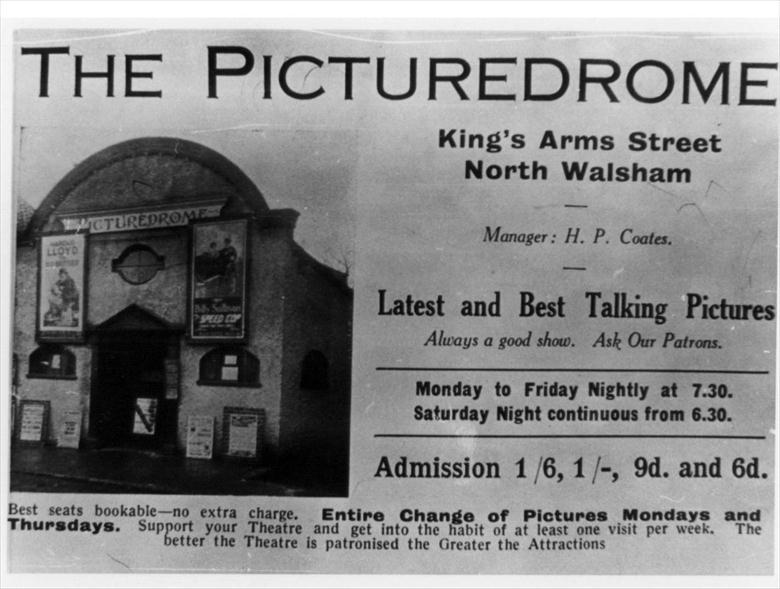 This archive item has been viewed 2350 time(s). 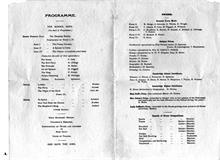