Stephen W.Hewitt, Family Butcher, Mundesley Road
My Father, Stephen William Hewitt, born 1906, started his career as a butcher at the age of nine. He was an errand boy to Bob Elgar, Butchers, at 39 Market Place, North Walsham.

After leaving school he served his apprenticeship there with Mr Phillip Gee teaching him the trade. Later Stephen worked as a journeyman at the shop of Mr Charlish of Wroxham. He then worked for Mr Proudfoot of Bacton and for Bertie Gunton of North Street, North Walsham.

Stephen started his own business on Mundesley Road in 1932. When he opened his shop, his step-father, Mr. Bob Grimes, who was a carpenter with Cornish & Gaymer, built the shop counter, window slabs and the main butchers block for him.In the early days, when he started, Stephen Hewitt delivered orders with his Norton motorcycle and sidecar, later progressing to a delivery van.

He married Rose Howlett in 1939 and, together, they continued with the business. Rose used to deliver the meat to the surrounding villages of Bacton, Edingthorpe, Gimingham, Happisburgh, Knapton, Mundesley, Paston, Riddlington, Swafield, Trunch, Walcott, Witton, etc. In the early years, Stephen slaughtered his own meat in his slaughter house on Vicarage Street, having attended livestock markets at Norwich, Reepham and North Walsham, to buy beasts "on the hoof".

They managed to keep their shop open during the Second World War and they both served part time with the National Fire Service. Stephen was a Meat Allocation Officer for North Walsham and the allocation usually took place on Mondays at the old Egg Depot on Mundesley Road. The meat was delivered to this central point and the local butchers came to claim their allowance.

When the War ended and people began to get their lives back to normal and were able to afford holidays at the seaside, Stephen and Rose used to drive round the coast collecting up orders for meat and sausages every evening. Then Stephen would return to the shop, working until 1a.m. to prepare the orders so that Rose could start the holiday deliveries at 8.30a.m. the next morning as well as the normal deliveries.

The holiday deliveries, which only lasted until the schools went back, were termed "the icing on the gingerbread." For the two of them, plus an errand boy/apprentice, it was a very busy time.The deliveries always got through, even in the severe winter of 1947 when the van was taken as far as possible and orders taken the rest of the way to Mundesley on foot, so that the customers were never let down.

The business was run for 30 years with never a day off sick or a days holiday. Stephen retired at 56 and, regrettably died in January 1968, aged 61. Rose died, aged 74, in July 1987.The shop, now demolished, stood at the junction of North Street and Mundesley Road. 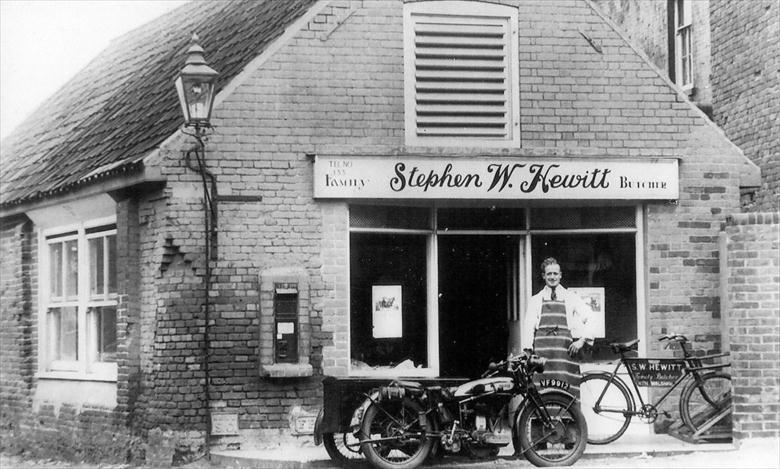 This archive item has been viewed 6050 time(s). 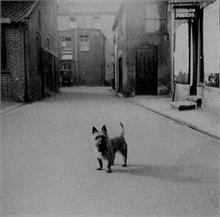